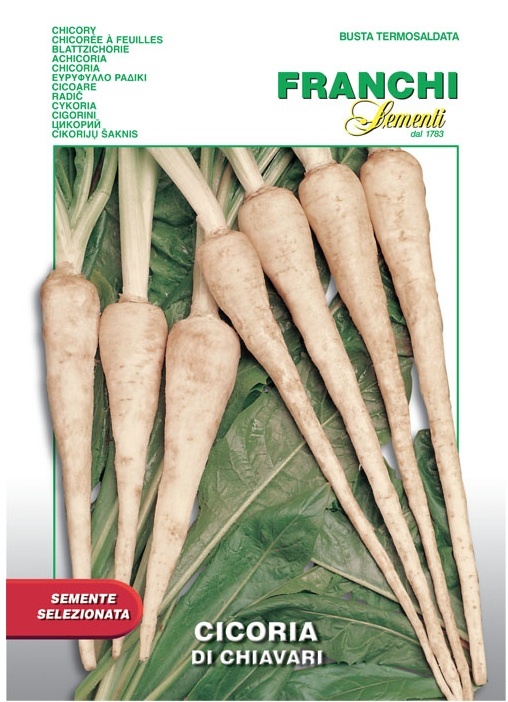 *Heritage Variety*
*This variety is on the Slow Food 'Ark of Taste' which means it is endangered. By using Franchi seeds, you are supporting biodiversity. https://www.fondazioneslowfood.com/en/ark-of-taste-slow-food/chiavari-chicory/

Root Chicory from Liguria.  Long cylindrical white root.  Direct seed in early summer for fall harvest.  Thin to 8-10 inches apart.  10 gram packet. Used to make chicory coffee by shredding and drying slowly in a warm oven before grinding and steeping in hot water. Chicory coffee was made regularly during WW2 and is a favourite in France and Italy still to this day.

The Chiavari radish is part of those vegetables that in Liguria are called “scorzonere” or “scorzamara”: bitter-tasting radishes. For this reason, this chicory is traditionally considered a cleanser, a diuretic and a digestive. As regards its origins in time, there are no specific testimonies that vouch for a date or period as the start of this radishs farming and use. Locally, it is said that this product has “always” been used. The birthplace of the Chiavari radish seems to be the Cavi coast, in the town of Lavagna. From here, this vegetable reached markets all over Liguria, including Genoa. In the past, it was women who washed and wiped them so that they would be their typical white colour. The “beard” on the body of the root, which consists of adventitious roots, is traditionally considered a sign of poor quality. The Chiavari radish, which belongs to the chicory species, has bulky roots, that are conical, smooth, not stringy, and have a slightly bitter flavour.

They are generally boiled in water and used in a variety of preparations, mainly salads and cold dishes. The roots are consumed for the most part, but often the leaves are used too, and served the same way. They are a constant feature in the traditional Christmas meal, when they are boiled and served as a side dish with salt, oil and vinegar, to soak up the fat that was part of the highlight of the meal, the capon or turkey. 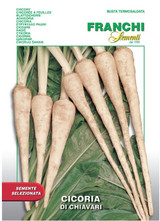 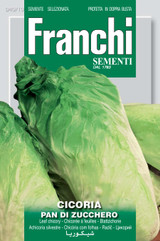 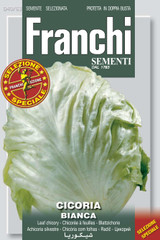 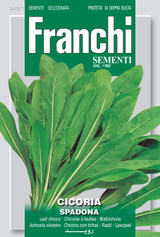 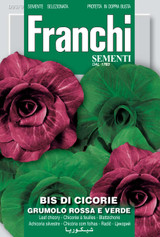