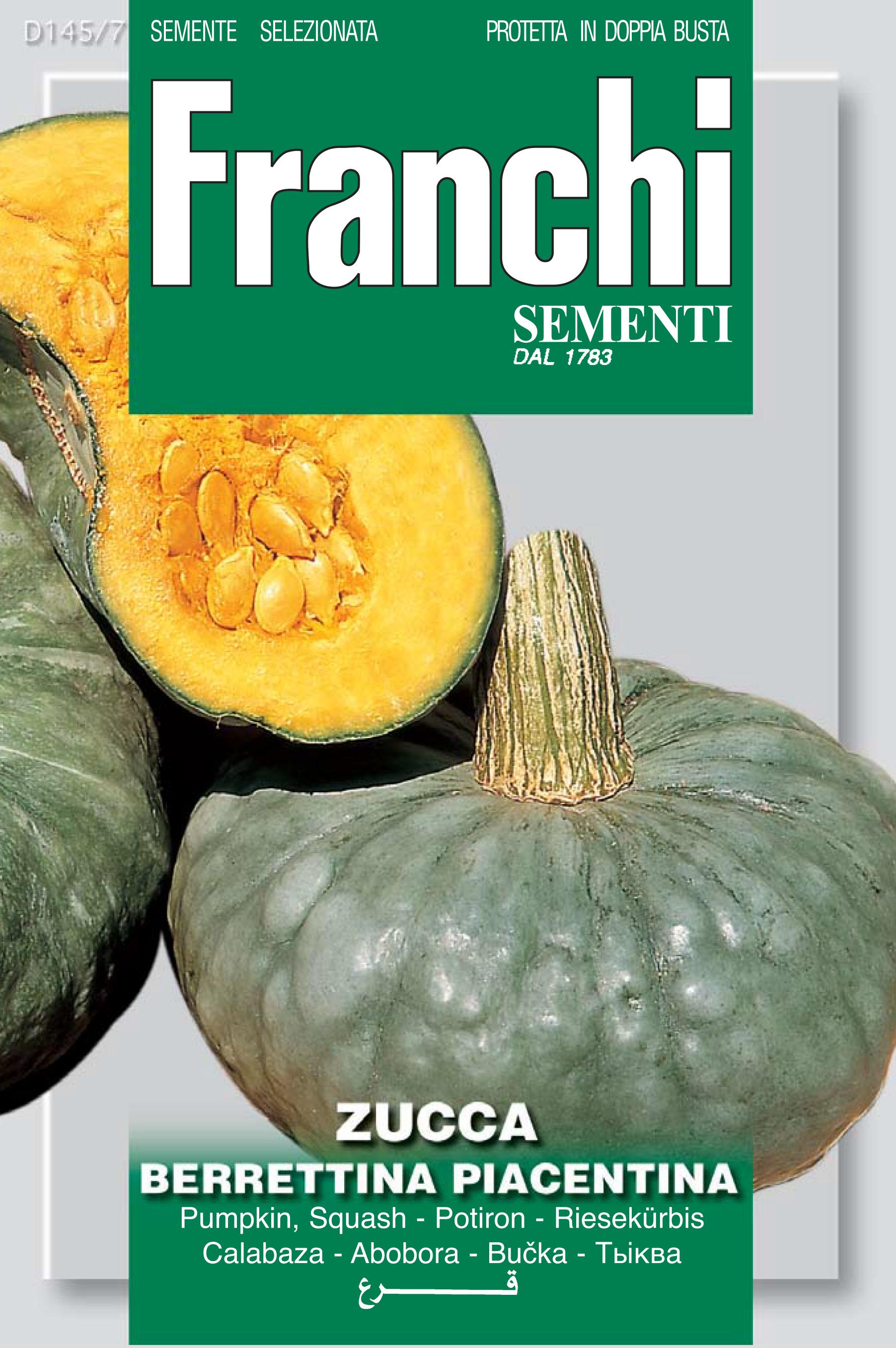 C4 - 'Berret of Piacenza'. A rustic heirloom variety from the Piacenza region of Northern Italy. Knobbly, green - ash grey skin with tasty orange flesh.
Area of production: Provinces of Pavia, Reggio Emilia, Parma and Mantova, Lombardia and Emilia-Romagna.
This pumpkin is typical of the provinces of Reggio Emilia, Parma Mantova and Pavia. Priests Hat pumpkin is the traditional name of the pumpkins with the turban shape, which is more or less developed in the lower part of the pumpkin. They have a green-gray rind, and a variable appearance. The lower prominence is more or less pronounced, with thick ribbing but not very carved-like, and limited or no bumps or warts. The pulp of the pumpkin is dense, with a high level of solids (starch and sugars), low in fiber, and with a yellow-orange color. It is an ideal filling for tortelli or for gnocchi preparation.

The pumpkin reaches a size of about 30 cm in diameter and about 3-4 kg in weight. To maximize development, a good practice is to leave only few pumpkins per plant, cutting them after the second leaf. Harvest takes place from mid-September onward, continuing until the arrival of the first frosts. To recognize a good pumpkin, one can tap the rind, and if the sound is dull, the taste is good. Stalk size also indicates quality; the larger the stalk, the greater nourishment the pumpkin has received and, therefore, the better the flavor.
This variety is similar to one of the oldest cultivars in Italy, the Marina di Chioggia, whose color is more green and its surface more warty. References to the priests hat name are exclusively from oral sources. There are pictures of pumpkins with a hat (cap, turban) in different paintings from the 1500s onward that could be considered similar to these types of pumpkins or to the Marina di Chioggia. The Priests Hat pumpkins were once widespread at the household level, especially in the low country until after World War II. After World War II this variety was progressively replaced by pumpkin varieties that are easier to cook, or are smaller and mature earlier, and, thus, are better adapted to mass distribution. Currently, production of this variety is primarily only for household consumption.
Priests Hat Pumpkin can also be found under the names of Berrettina or Bertagnina in Pavias province: in the dialect of the town of Dorno, a hat is called bartò, giving the adjective bertagnina.
Another city in this province, Lungavilla, along with the producers of the zone and research institutes have developed a project to save and select the seed and keep cultivating this variety.
To taste this pumpkin, it is possible to attend the different festivals, the first Sunday of October in Lungavilla and the second Sunday in Dorno, where the pumpkin is cooked in different traditional dishes.

Approximate seeds quantity: @9seeds
To be sown from March to June. 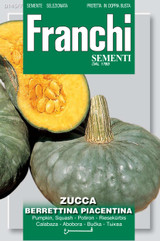 Grows easily and becomes enormous! A few instructions about how to support it (or not) would have been helpful. Great plant though! 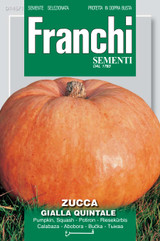 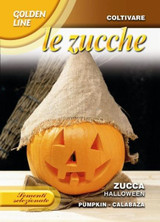 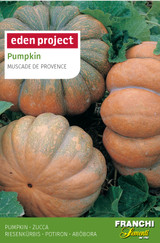