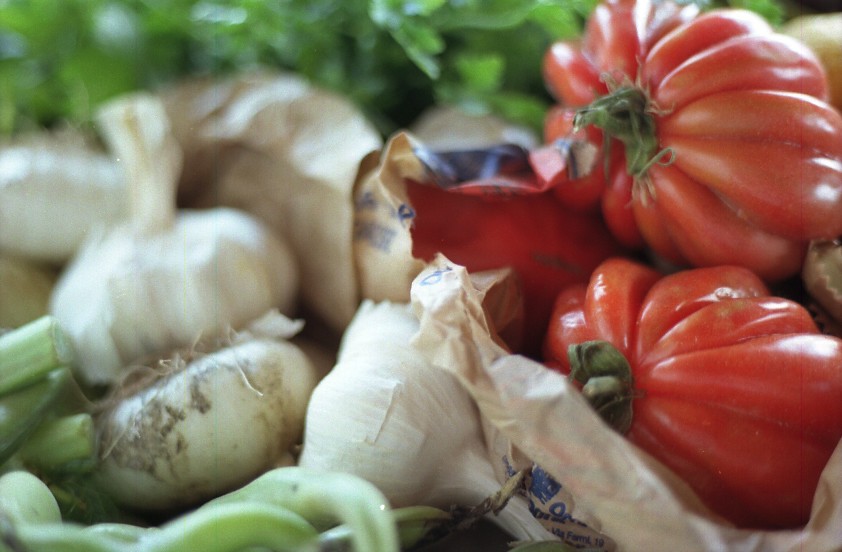 The Italian for tomatoes is ‘pomodori’, literally translated as ‘golden apples’. Italian tomatoes are considered to be some of the best in the world, especially plum varieties for cooking, and the Italians really have a love affair with the golden apple.

Although tomatoes originated in Mexico and Peru and weren’t imported to Europe until after the Americas were discovered, the Italians, and to a lesser degree the Spanish, really do the tomato well. In the sixteenth century the tomato was a small, bitter, yellow thing (hence the ‘golden’ in its name), worlds apart from the juicy sweet red globe we now know – depending on where you buy your tomatoes that is! It is through breeding over the centuries that the tomato has changed so much. They are so versatile: they can become the base for rich sauces, they can be made into ‘passata’ or just eaten raw in a salad or simply with fresh basil ‘Genovese’, good
olive oil and salt. Many houses in Italy have a food dryer (used mainly for drying porcini mushrooms) that can also be used to make sun-blushed (semi-dried) or sun-dried tomatoes.
Despite the fact that toms consist mainly of water, they are rich in vitamins, antioxidants and minerals, especially potassium and, with the exception of arthritis sufferers, whose symptoms can be aggravated by tomatoes, they are very beneficial. Red tomatoes contain about four times more beta-carotene than when green. While the flesh is very digestible, the skins can be quite tough, so skin them by dipping in boiling water and peeling before eating if you have any stomach or bowel disorders. 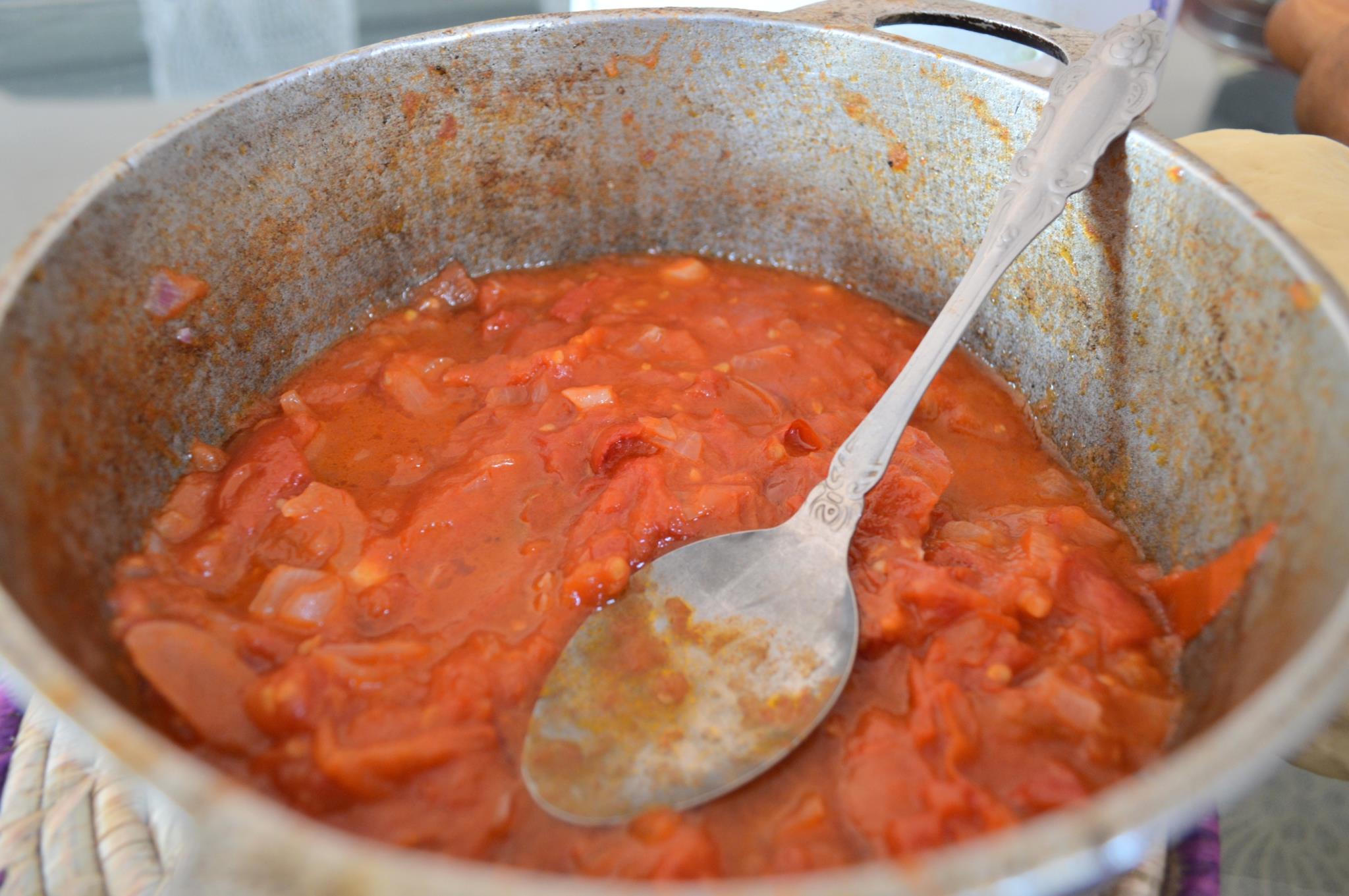 Tomato growing tips
There are two types of tomato – indeterminate (cordon) and determinate (bush). The former needs to have its 45-degree side shoots removed and the top shoot too, while the bush variety doesn’t. There are more cordon varieties than bush, and the bush ones tend to be the smaller varieties, although in gardening there is always an exception.

The rules for growing a tomato are pretty much the same, whatever the variety. They’ll grow in practically any soil, but prefer a rich, previously manured area if possible. You can of course grow tomatoes in growbags, which is great for a small garden or even the balcony of a flat. Remember though that growbags can dry out quickly so keep them well watered. They come with plant food in the compost, but this is used up quickly, so feed with a tomato feed in the summer after your tomato plants have developed two trusses (two sets of leaves).

If growing in a growbag out in the garden, make a few cuts in the bottom of the bag so the roots
can travel into the soil. Another benefit of growbags is that the compost is sterile; so if you have had problems with tomato blight or diseases in the soil, then use a growbag until your soil has been neutralized.
It’s said by many that tomatoes that are ‘stressed’, or badly treated, will give the best-flavoured fruits, as they want to reproduce and so produce the best fruits to drop, which contain the seed for the next generation.

Always start tomatoes in pots or trays protected from the frost from January to the end of May. It is always best before you sow to fumigate your greenhouse and sterilize your equipment with, for example, Milton’s and boiling water. Boiling water is also a very good and organic way to sterilize your soil, by the way. Don’t forget to sterilize not only the containers and pots you sow into, but your tools and the canes that will support your toms. Clean the windows of your greenhouse as well, as the dirt could contain spores and disease.

You can acclimatize the plants before transplanting them out once there is no more risk of frost. Most cherry varieties, or pomodorini, can be grown from hanging baskets, although if you put them at the front of the house, expect a few to be nicked. Otherwise, plant out in a growbag or, better still, in garden soil in full sun. Feed them in the summer with a proprietary tomato feed. Slugs won’t eat the plants, but other creatures might, so take the necessary precautions for your garden. You might have to spray the plants against diseases like tomato blight. 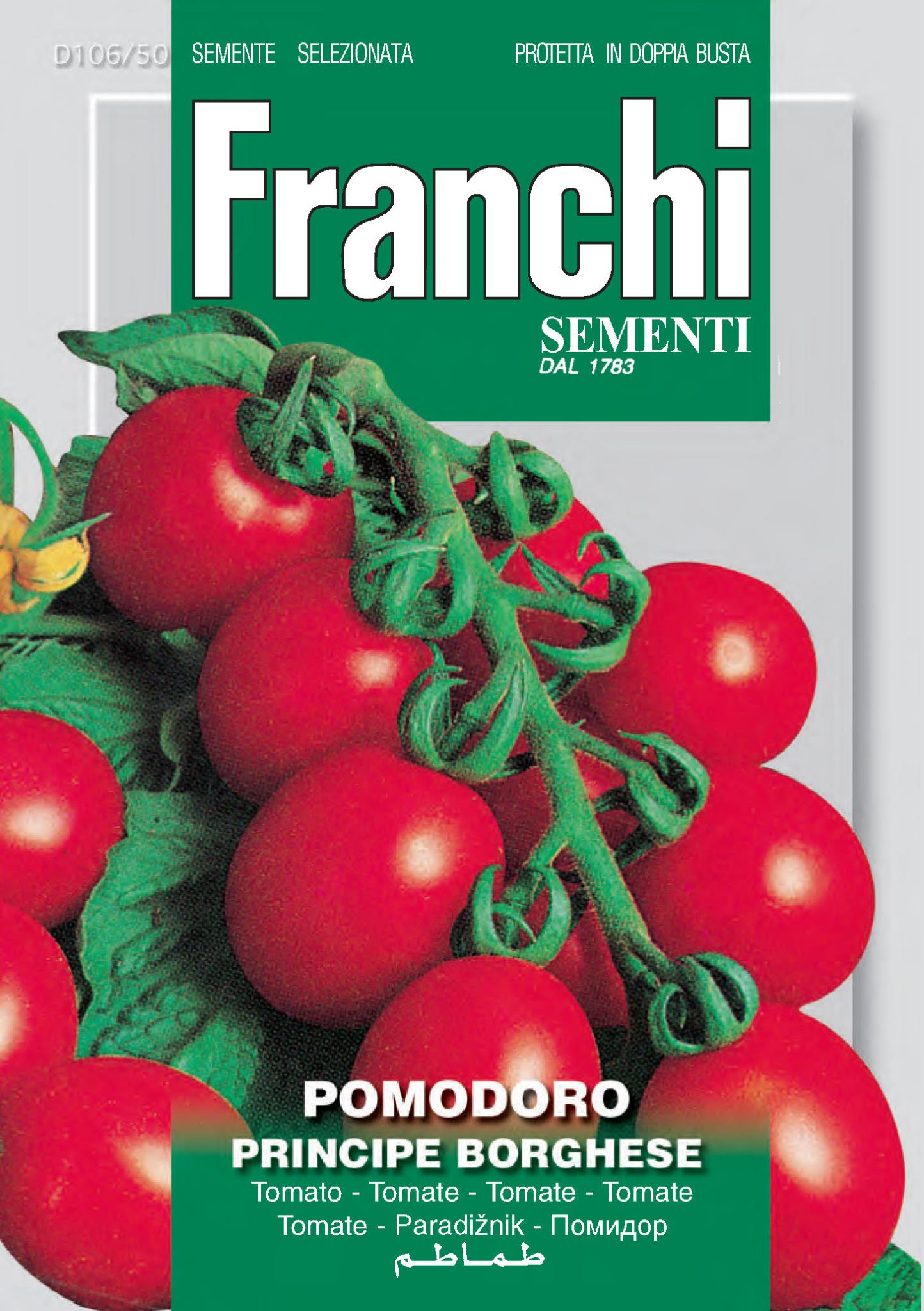 Tomato Principe Borghese da Appendere: PUGLIA This is the variety you get when you buy sun-dried tomatoes. Fruits of 90–100 g that are larger than a cherry tomato and smaller than a salad tom – about the size and shape of an egg. Indeterminate and a good cropper on the vine, these can be grown either inside or out. Ideal halved in salads or for drying, and excellent picked pink and hung in an airy, dark place for winter consumption.

Beef Tomato Costoluto Fiorentino: FLORENCE A regional variety found in Florence. Indeterminate, with semi-flat, misshapen and scalloped fruits – an heirloom variety with a superb flavour. Fruits of 150–180 g, preferably for growing under glass, but will grow outside in warmer parts of the UK, such as London, Devon and Cornwall. Excellent for eating raw in salads and for stuffing. An RHS Award of Garden Merit winner.

Semi Plum Tomato Roma: ROME Well known both in the UK and the USA, where it is sometimes referred to as a ‘paste’ tomato. Juicy enough to eat and meaty enough for cooking, but best of all it’s a determinate variety that will grow outside. Fruits typically of 70–80g. Ideal for eating fresh, for freezing (for later use in cooking), and for making sauces, soups and passata.

Plum Tomato San Marzano: NAPLES Possibly the worst eating tomato on the planet! But because they are very dry and meaty, with thin skin and very few seeds, they are one of the best cooking tomatoes in the world, if not the best. Indeterminate with fruits of 70–80 g that can be grown outside. Suitable for freezing whole, cutting raw for pizza toppings, for making tomato sauces, soups and passata, and for all dishes using cooked tomatoes.

Plum Tomato San Marzano Redorta: NAPLES Truncheon-sized giant plum tomatoes from Bergamo, which are surprisingly juicy and, so, versatile enough to eat raw or cooked, or used for sauces and passata. An indeterminate variety, it has fruits of about 350 g and is best grown indoors.

Beef Tomato Red Pear Franchi: BERGAMO A really Italian tomato in the shape of a lightly scalloped fat pear. Cut it in half and it’s all meat – very few seeds and, although juicy, not a wet tom. It is ideal for stuffing because of both its robustness and shape. It is an indeterminate tomato with fruits weighing about 220–230 g and is usually always picked completely green, or just turning pink, and stored. 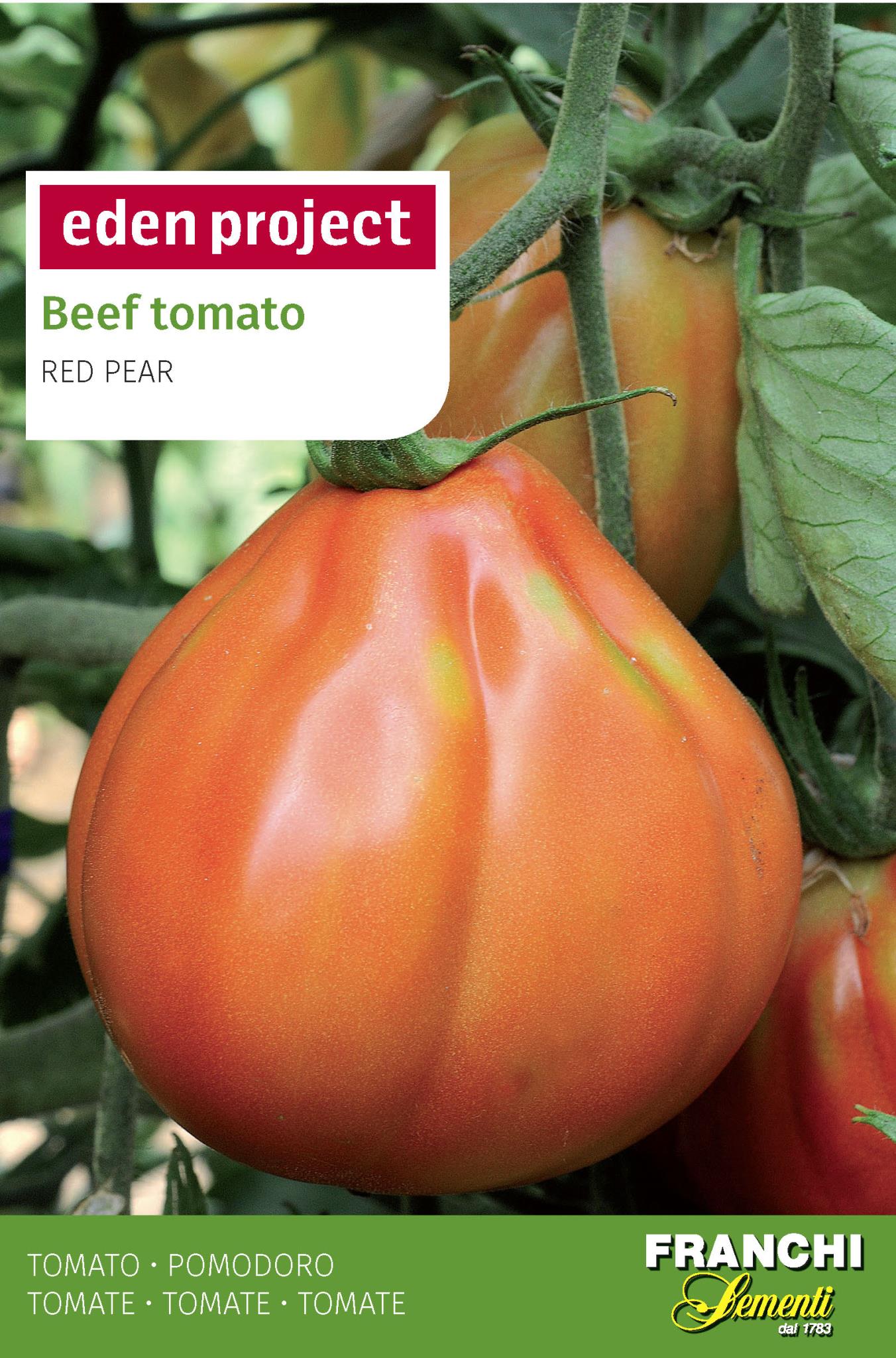