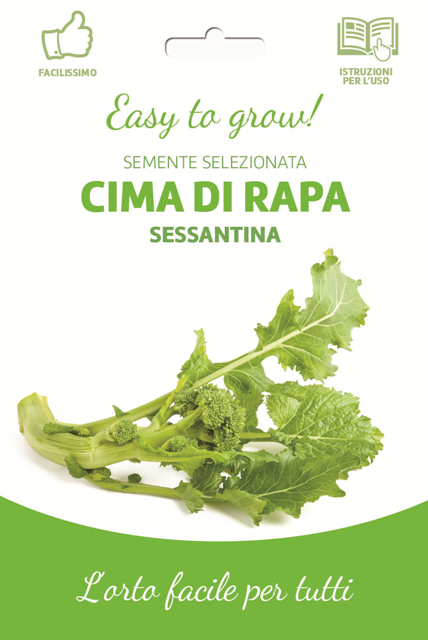 Grows from seed to plate in 60 days. Boil and serve with good olive oil. Go to any Italian restaurant in the US and you'll get 'Broccoli Raab' served, blanched and then seared, but it's traditional use is for a pasta dish from Puglia called 'Orecchiette e Cima di Rape'. Many pasta shapes only have one sauce associated with them, so Carbonara sauce can only go with spaghetti for example, and Orechiette ard only used with this vegetable and this sauce. This vegetable does have an identity crisis here though because it doesn't exist. literally, Cima di rapa means 'turnip tops' which is probably the least descriptive and appetising of all it's given names. Also called broccoli raab from the American and where it is used extensively and has indeed found it's way into markets and grocers, in Britain we sometimes call it tender sprouting broccoli or sprouting broccoli, but whilst similar to sprouting broccoli, it's just not quite the same and cima often has a wonderful combination of flavours of broccoli with a slightly mustardy tang and a pleasant bitterness to it.

There is a 40 day variety which is literally ready to eat in just 40 days after sowing (and sometimes even after just 35 days). There are 60 day, 90 day and 120 day varieties too, and the general rule is that the longer the variety, the better the quality. But the trade- off is the speed from the seed to the plate.

The 40 and 60 day varieties can be sown every month for 5 months from about April to the end of August and 5 crops per year is not bad by anyone's standards. A tip though - these 2 varieties grow SO quickly, that they should be harvested as soon as they look the same as on the packet (like skinny broccoli), because if you decide to leave them for dinner a few days later you will come back to find a mass of yellow flowers. Like broccoli, you are essentially eating the flowering stem before it flowers. So when it's ready, harvest it and pop it in the fridge and it will keep for a few days.

You can preserve any excess cima di rapa by making the famous sauce and preserving it in hermetically sealed jars and these will keep for up to a year in your larder.

Cima di Rapa 60 –  Sow from Mar – Sep and harvest as soon as it is ready or it will go to seed very quickly and you will end up with a mass of yellow flowers for your trouble! 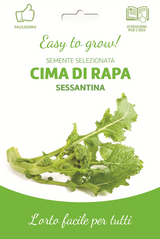 Must have done something wrong. Went to flower and seed within a few weeks. Not a success.

100% seed germination! I&#039;ve started these seeds a bit earlier than instructions on the packet, but the seedlings are growing very well despite the cold winds, rain and hail we&#039;ve had in this part of E. Yorks! We&#039;ve grown this product previously - it grew well and the taste is superb! 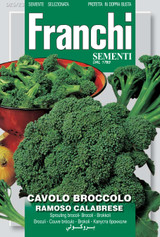 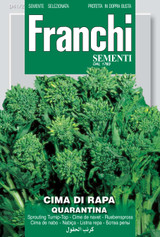 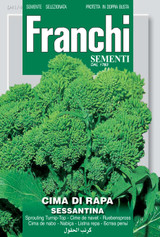 Sorry this item is out of stock
Franchi Seeds