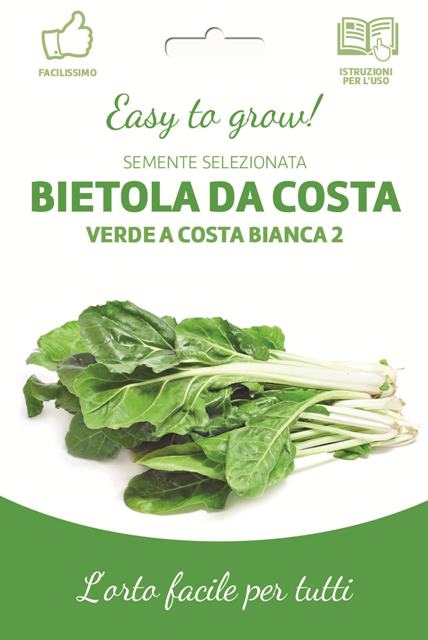 Like spinach, easy to grow from spring to summer. Swiss ChardNot sure if it does actually have alpine Swiss origins, but it wouldnt surprise me as Swiss chard will die back over even the coldest winter, and then come the spring, it pops up again as if by magic. It is also a vegetable that gives you 2 different uses, because you get this lovely meaty stalk or leg which can be blanched and then cooked with eggs and Parmesan for example or just simply tossed in a hot pan with some oil and then sprinkled with Parmesan. But you also get the big leaf which you would use for cooking just like spinach. The other advantage about Swiss chard over spinach is that it really doesnt bolt and so is ideal for harvesting through the summer. What I do is grow spinach – chard – spinach, and this has always been very successful for me. I tried to grow spinach in the summer but it usually bolted. Just cut it and it will grow back again. Swiss chard is actually related to the beetroot family and the names are very similar in Italian -  Bieta, whereas beetroot is Bietola. This is why there are red and pink legged varieties and the flavour is quite earthy.

It has a long sowing season from Mar – Sep, 1cm down and 5cm should be left between plants. It should be sown directly into the soil rather than started off in seed trays.

Verde a Costa Bianca – Mid/early. The ever popular and this is the most popular variety in Italy because it is considered to have the best characteristics of all the chards. Thick, meaty, white stalks and large green leaves which cook like spinach. Then boil the stalks and toss in butter or add to 'Frittata'. Slow to bolt. Sow Mar-end Jul and harvest till mid Oct. 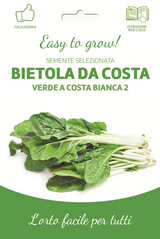 Rather patchy germination in three different rows sown at intervals this Spring. Plants that have gerniated are so far not looking very croppable. [Could be me, in my firstyear at it ! ] 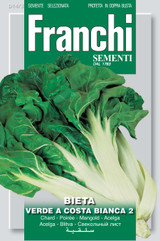 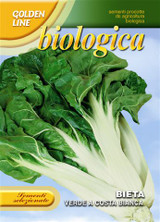 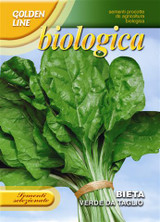 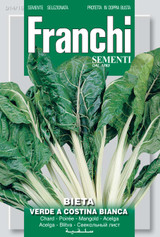