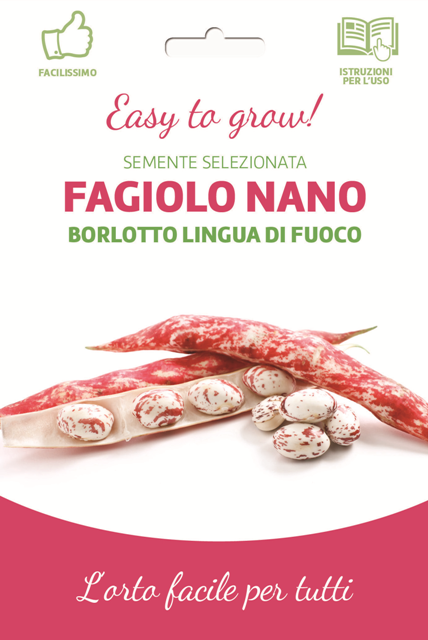 Borlotto beans are meaty and great in stews, minestrone and soups. This is a well known speckled shelling bean used widely all over the Italian boot. There are so many varieties, that often you'll find the same one as both a climber and a dwarf. By the way, we say 'Borlotti' in Britain which is the plural, but in Italy we often call them 'Borlotto' beans which is just the singular.  We tend to see Borlotto beans in tins or dried in the UK, so when we grow them, we want to dry them. Drying is one of the oldest forms of preserving and can be sometimes one of the least practical. So you're making a minestrone soup and you think to add some of your borlotti, then you remember they're dried!!! Not going to happen as you have to soak them overnight.....

So just shell them when the pods are starting to shrivel up (thats when the bean inside is at its optimum), and then freeze them without blanching. That way, you can use them straight away and they'll cook from frozen in 40 minutes and from fresh in 30.

You're going to use them in winter dishes anyway which take a longer time to cook - stews, casseroles, minestrone, soups, risotto. It's a heartyean which will fill you up but is flavoursome too. It's meaty without being meat.

Vigevano - From Piemonte (the cold bit of Italy), there are 2 borlotto beans from this area, one is a dwarf and one a climber but both excellent quality. You should sow in succession to have a continuous harvest in about 70 days. Each pod will contain about 7 borlotto beans. Sow 2cm down about 5cm apart. 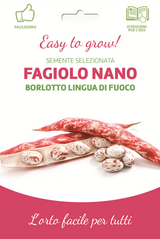 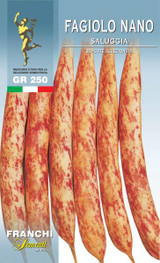 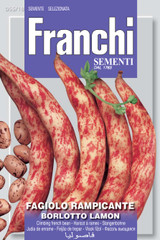 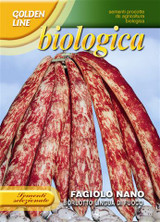 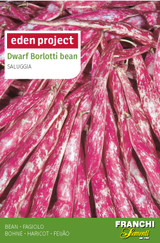