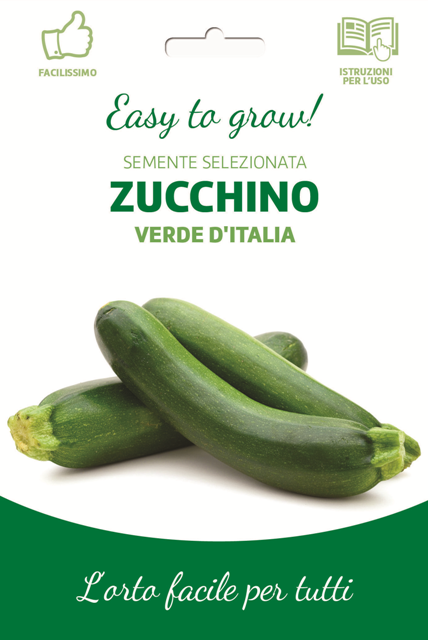 A green courgette delicious roasted, in stir fry and ratatouille. Britain is one of the few places in the world that calls courgettes 'courgettes', rather than the Italian 'zucchini' as in America, NZ and Australia. This is a hangover from either Norman times or just from having French neighbours and we use the French for other varieties such as 'aubergine' and 'salsify' of course.Courgettes, pumpkins and squashes are all related from the cucurbitee family and they should be treated similarly. Firstly, they all love fertile or manured ground. You often get courgettes growing in rich, dark compost heaps from half eaten discarded fruits thrown in there to rot down.This really is a truly regional species in Italy with almost every region having their own variety from north to south. There are examples from Venice-Friuli, Bologna, Florence, Rome, Naples, Milan, Sicily, Piacenza, Genova, Tuscany and Sarzana with each region cooking their own courgettes differently. There are also 2 national varieties (Striato and Verde) and the round courgette from Nice across the border is also widely used. In contrast, British varieties are truly standardised now regrettably and you'll most likely end up with defender or eight ball as stock choices.

Courgettes are so regional that I remember asking my aunty in Venice why she had always grown the local yellow, knobbly, warty, ugly Venetian variety instead of (normal) green ones. She thought for a second and said that she had seen green courgettes but didn't use them because they look funny!!!! It all depends on your point of view and what you are used to I suppose. Much like when my family in Piemonte complained how cold it was one year because they had had 3 weeks at -18c, instead of the normal -12c.......depends on what you are used to!! And they are only just in the pre-alps and not even high up....

They are so versatile and can be used small, medium or large as marrows. In Italy, we tend to pick the fruits smaller and in Britain medium size. They can be fried, roasted, mashed or boiled to use in soups and can even be stuffed or eaten raw.

Plant courgettes, pumpkins and squashes in pots 1cm down (2cm for pumpkins) with the seed upright, and plant outside after the last frosts. There are 2 reasons for doing this. Firstly, the frost will kill them so protect them until then. Secondly, the plants when small will have soft, fine hairs on like you get on the back of you neck. Slugs and snails will eat the plants when they a like this. But when the plants are bigger, these hairs will turn into rough bristles and the slugs won't touch the plants from then on.

Always water courgettes at their base, avoiding soaking the leaves as this will lead to a white powdery mildew forming on the leaves which will shorten the life of the fruits but won't affect their flavour. Also, the plants can benefit from some tomato food in the summer, especially if they are growing in pots or containers which can run out of food fairly quickly.

Marrows are essentially big courgettes although I'll probably get some argument with that comment as it is true that some varieties make better marrows than others with the Striato probably being the best. Marrows are generally not grown on purpose in Italy and are often seen only as the 'one that got away', hidi under a leaf! That said, waste-not, want-not kicks in, and the marrow will be baked and  servedwith a drizzle of olive oil and parmesan, or stuffed and then baked, but nothing will bewasted.

Different courgettes have different charateristics and uses. For example, the round courgettes from Piacenza and Nice are usually stuffed, the courgette from Bologna is shaped like a rugby ball and makes large slices, so it's great for frying etc.

Varieties exist from Rome, Florence, Friuli, Genova, Bologna, Sicily, Albenga, Naples, Milano, Sarzana, Piacenza, Tuscany, Nizza - and I bet there are some more used and grown just locally that I don't even know about, and that is the absolute beauty. It's like a scientist that keeps finding new insect species in the Amazon. Italy is the Amazon of vegetable varieties………. 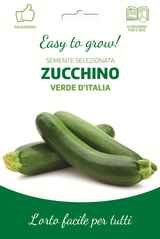 Best tasting I have had in 50 years. Sadly very few per plant but loads of flowers, which we fried and stuffed.

They really are easy! Secret is a big pot and weekly feeding. Tricky to distinguish between over and under-watered wilting though (I have taken to testing soil with a barbecue skewer).

Easy&#039;s the word! As with all Franchi seeds - 100% germination and strong growing seedlings! Despite our North facing garden and the current wind, rain and cold here in E. Yorkshire, these courgettes were planted out two weeks ago and are growing well! We&#039;ve grown this seed before, and put a spadeful of home grown compost under each plant when they&#039;re planted out in our heavy clay soil. Great result - great flavoured courgettes that have a decent growing season. 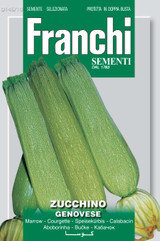 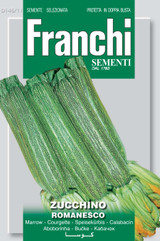 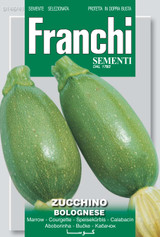 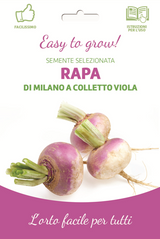